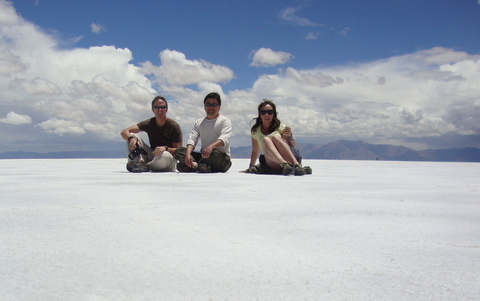 It’s always surreal the first time you see someone from home in a foreign country.   Our Seattle friend Dean is in town and when I met up with Jeff and Dean after my Spanish class, they were in the main square eating empanadas and drinking malbac as if it was the most normal thing in the world to meet for dinner in Salta Argentina. 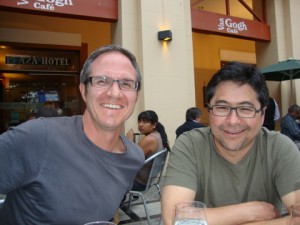 When Dean suggested a road trip through the mountains north of Salta, we jumped at the chance to join him.

We started in Salta, drove up to Purmamarca, continued on to Humahuaca, circled back, slept in Tilcara, then drove to the Salinas Grandes the following day. 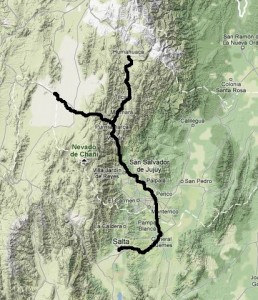 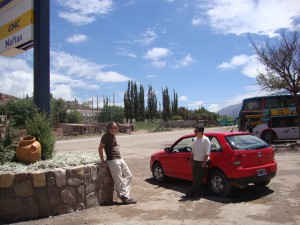 To say the mountains and canyon were breathtaking  sounds cliche, but I really don’t know how else to describe it.    We went through lush green valleys, dry cactus studded canyons, a torrential downpour, dry bare mountains and ended in a blinding white field of salt. And, in between we stopped in some incredible small mountain towns. 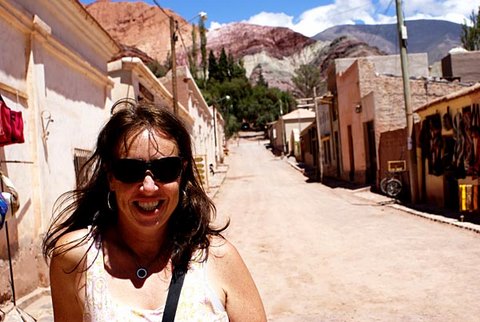 The town of Purmamarca was the most striking with multi colored mountains behind adobe  buildings on dusty streets. 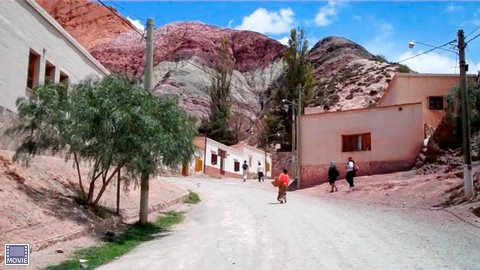 In Humahuaca the city was truly nestled in the mountains with lots of craft stalls and indigenous women and children selling blankets. 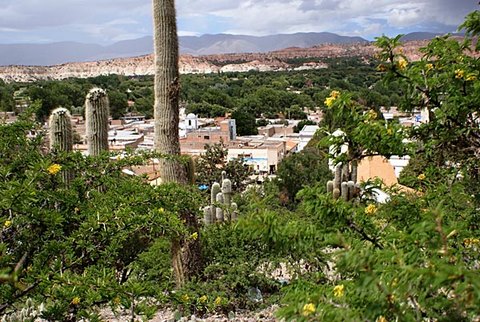 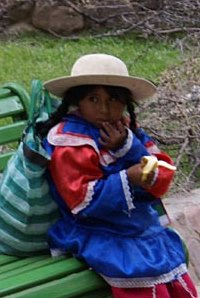 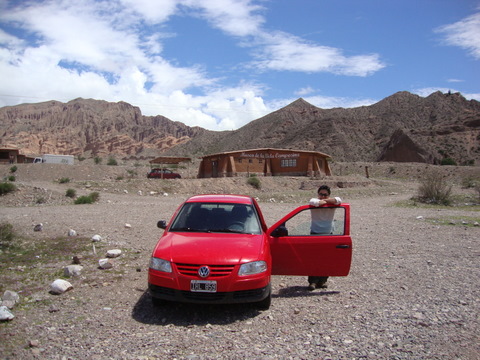 We spent the night in Tilcara, a town we’ve been to before.   It was fun to be able to walk the streets at night, hear some late night music, and walk around as the town came to life in the morning.

I was thrilled to come upon these hamburger patties in a store in Tilcara.

The next day we drove through part of the Andes.  They weren’t the snow covered peaks you think of when you think Andes, but we did get up to 14,000 feet.  I do not have that many photos from this part of the trip because most of it was spent in the backseat with my hands over my eyes. Dean drove these the mountains really well, but I don’t do that well with heights. 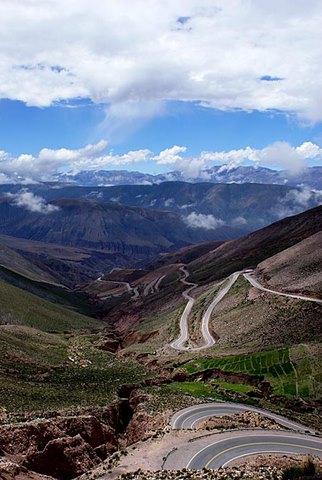 Once we were through this mountain pass we came to the salt plains.  It was unlike anything I’ve seen before, just a giant field of salt for as far as you could see.   It looked like you were walking on a giant cloud or snow field. But, it was hot and the salt crunched underfoot. We of course had to try it and…it tasted like salt. 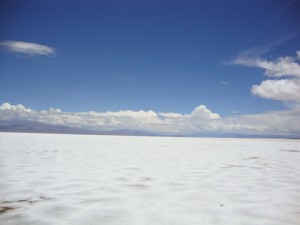 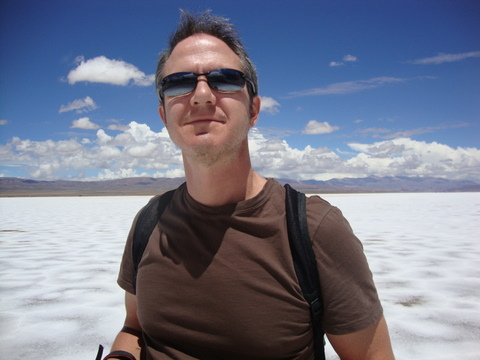 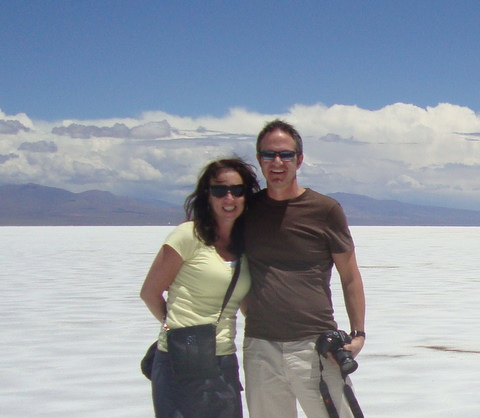 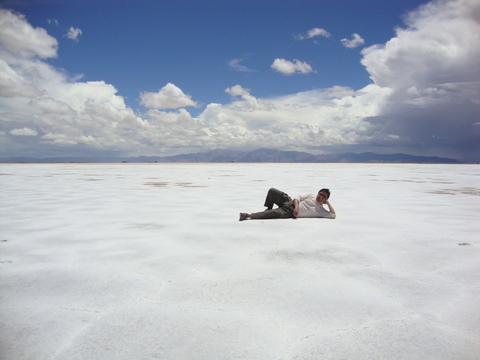